Summits to Seas - a travel blog for mountain and ocean adventurers

The Tigers of beqa lagoon
fiji 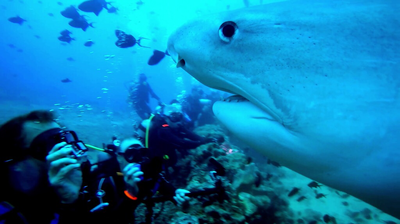 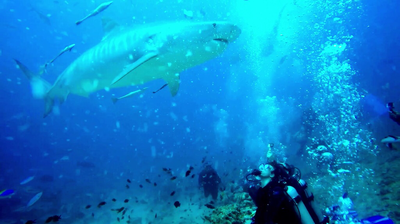 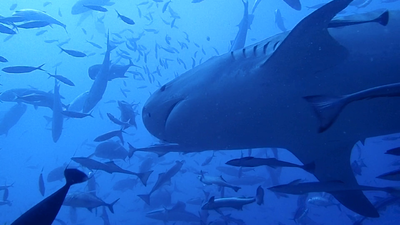 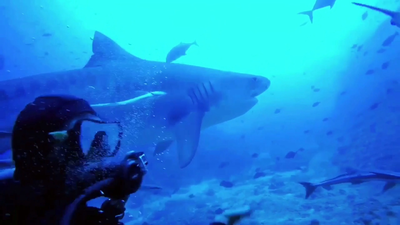 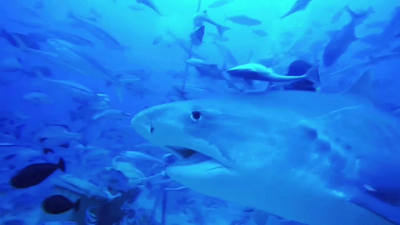 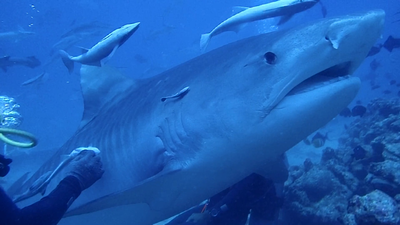 Note: This is a baited dive, as you wouldn’t normally be able to get this close to Tiger sharks without it. Fiji is famous for these dives, and there is a lot of controversy surrounding the practice (and other baited shark dives around the world).

The shark dive site is in an established Marine Reserve. Negotiations have taken place between government and the nearby village, who no longer fish the reef in exchange for a fee per diver who attends the shark dive. This revenue goes to the local village who would otherwise remain dependant on fishing. Subsequently, the reef and fish populations have a chance to regenerate. The reef where this dive was established was previously dead. It has since made a remarkable transformation.

We believe however that baiting the dive does change the shark’s behaviour, somewhat conditioning them to divers, however we’ve been told that once the feed is over, the sharks do resume their natural activities. The amount of food given to the sharks is apparently not enough to supplement their diet, and so they don’t become dependant on it.

Having experienced this dive once, we’re not sure if we condone the practice, or how the sharks are handled, but with 150 million sharks per year getting slaughtered maybe the fact that these dives exist will protect these sharks. After all, if they are worth more for tourism purposes they are less likely to be slaughtered. Whatever your view, one thing is for sure - they are one of the most majestic creatures in our oceans.

This video shows our experience of the dive with Beqa Lagoon Resort. We hope it helps you make up your own mind.